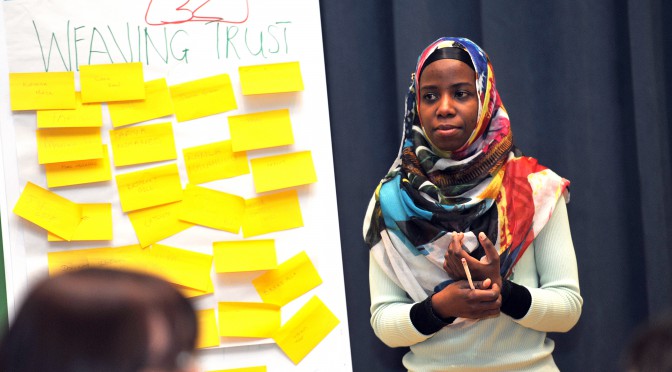 Launched in 2010, Citizens:mk is a growing alliance of diverse community groups – churches, mosques, schools and others – working together for a thriving, inclusive and fairer Milton Keynes.

Each of our member institutions pays annual membership dues.

Using the methods and tools of community organising, our goal is to build a powerful civil society alliance that will work with all sectors of society for the common good of Milton Keynes.  We do this by training people of all ages, faiths and backgrounds to take action together for change.

Constitutionally, we are a chapter of Citizens UK, a national charity (no. 1107264) which has the same goal for the UK.

Citizen:mk’s strategy is determined by a local Leadership Group.

To find out more about Milton Keynes, watch these videos produced by Sas Amoah of The Open University:

For civil society to be able to counter-balance the excesses of the state and market it has to build its own form of power.  Community Organising emphasises ‘power with’ rather than ‘power over’.  Leadership is distributed amongst people rather than over people. Relational power is built through multiple dialogues which identify common and divergent interests.  Anger is understood to be an expression of grief, based on love for a world as it might be rather than as it currently is.