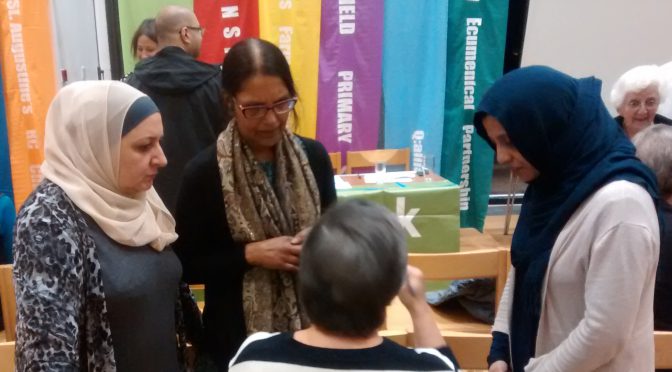 Three new campaigns were launched at this year’s Delegates Assembly (total number of votes from institutions in brackets):

The assembly was attended by 85 people from 18 member institutions, who jointly committed a turnout of 255 for the upcoming Accountability Assembly on 25th April, where the new campaigns will be asking power-holders to make campaign pledges (numbers in table below).

Click here for details of what was said at the Delegates Assembly.

“What was really impressive (as an outsider),” wrote Jonathan Cox, Deputy Director of Citizens UK, “was the depth of the members’ ownership of the organisation and the process.  In particular the accountability around dues, with each institution being asked to pay its dues for the year ahead by April.   Also the seriousness about turnout and democracy…and the wide range of leaders proposing new and very local issues to take forward.”