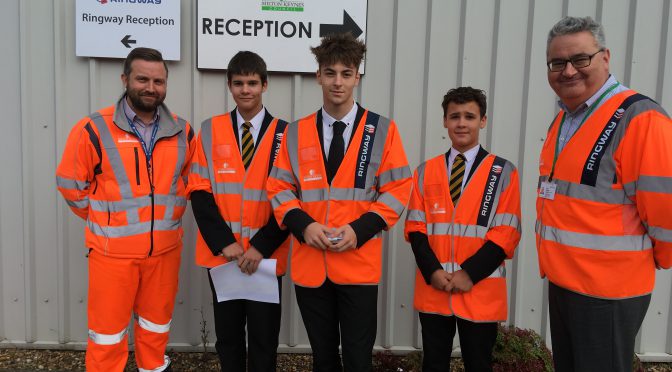 Three students from MK Academy attended a meeting with MK Council’s Head of Highways, Sean Rooney, to check on the progress of his pledge to produce a list of dated improvement projects early this term.

Sean Rooney said the list hadn’t been finalised yet, but would be sent over by 16th October.  Sean and his colleagues showed the students around the Ringway site which maintains the vehicles and other equipment which keeps MK’s roads safe.

Afterwards one of the students said:  “It was good to be respected at the meeting, but we were disappointed that the list wasn’t ready yet.”