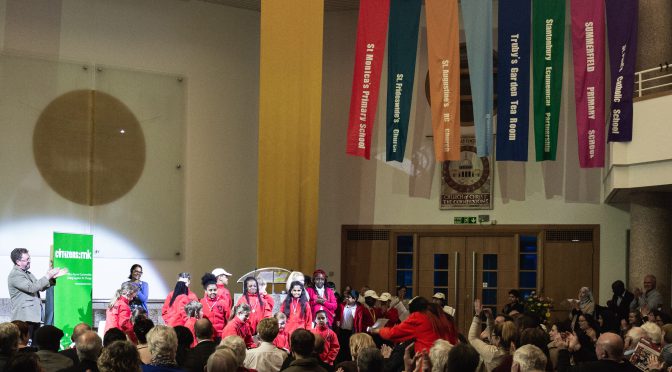 The leaders of MK’s main political parties have pledged to support all the goals of all four current Citizens:mk campaigns.  Their pledges were made at Citizens:mk’s seventh annual Accountability Assembly, which took place at Cornerstone Church in Central Milton Keynes on 24th April.

225 people attended, including representatives from 17 member institutions and 24 other MK institutions.

After a members’ roll call, and the power-holders being led in by school children, the audience enjoyed a presentation of campaign successes over the past year.

Cllr Peter Marland, Leader of MK Council (pictured above), was thanked for his role in delivering 130 Redway improvements – more than double the target of the Redways Relaunch campaign for MK’s 50th birthday year.

Then goals for the year ahead were presented by each campaign team (Fight Against Hate, Life Skills & Young People, Mental Health and House the Homeless) and pledges of support  were received. 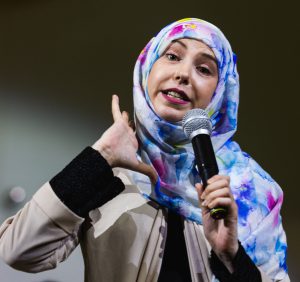 Powerful testimonies were given from the victims of hate crime.  Jennifer Parsons of MK Muslim Association (pictured above), related how she had been verbally abused for wearing a hijab.

In a one-to-one conversation during the break with Philip Shamamba, leader of MK Congolese Community, she agreed to attend an special meeting with that group.

Arriva Buses and Network Rail pledged to support the Fight Against Hate campaign with a poster display action during national Hate Crime Awareness Week in October.

The Mental Health campaign team won a pledge from the Deputy-director of MK Mental Health Service for further partnership in the campaign. 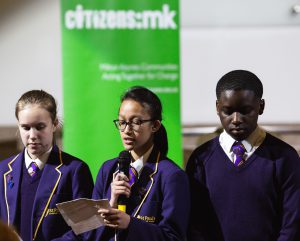 The students of St. Paul’s Catholic School (pictured above) won a pledge from their head teacher to include more finance skills education in the school curriculum.

Following a request from the House the Homeless campaign team, many members of the audience agreed an action to contribute to MK Council’s current consultation on affordable housing.

Each of the three political party leaders responded ‘Yes’ to each of Citizens:mk’s campaign asks and spoke briefly about their own party manifestos for the upcoming Council elections.  Cllr Alex Walker (Conservative), attending his first Accountability Assembly (pictured below), said he was impressed by the diversity of the Citizens:mk alliance and looked forward to working with the alliance.

See pledges from all party leaders in short video:

The event ended with a rousing rendition of ‘We Built This City’ led by the choir of Summerfield Primary School (pictured below). 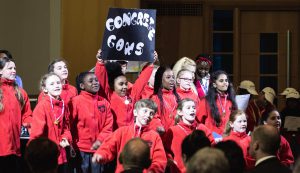 Mayor David Hopkins (pictured below) gave a final vote of thanks to all campaign team members and power-holders before the seventh annual Accountability Assembly was closed. 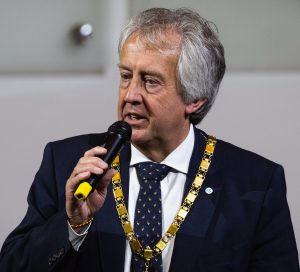 In a short evaluation by 25 participants immediately afterwards, the Assembly was scored 8/10.