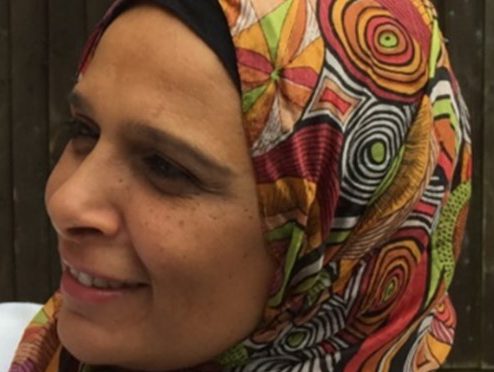 Driving on the M1 to attend the 6-Day leadership training course organised by Citizens UK, I could not help but thinking how I got involved with this organisation and what am I going to benefit from this course.

Only six weeks before, I was working as an Arabic Language tutor with the Ministry of Defence (MOD), I loved my job and the rapport that I built with my students over the two and half years that I worked there was great. I was looking forward to the summer holidays, a time in which my family and I go back to Cairo to see our relatives. Then the bomb shell fell, I received a notice of termination of contract with immediate effect.

I was devastated, considering this decision came only after ten days from the renewal of my contract.

I realised that as a contractor I did not have any rights under zero-hour contracts, unlike employees who could go to a tribunal for unfair dismissal, nor did I have the right to appeal. I was, in every sense of the word, stuck and the overwhelming feeling of injustice and shock engulfed me to the point of despair.

Then I bumped into a dear friend of mine, Kurshida Mirza, at the door step of the Citizen’s Advice Bureau in Milton Keynes. I told her about my ordeal and she suggested that I speak to the community organiser of Citizens:mk, Tom Bulman. Tom and I met and he mentioned the 6-Day training course.

Driving back home after finishing the course, my head was full of ideas, plans, questions, answers, good memories, but above all, a sense of relief due to the skills I acquired during the course.

On the first day of training, we were engaged in the most interesting yet provocative role play; The Athenian/Melian Dialogue. At the beginning of the task, I had so many detestable stereotypical views about power holders, and very favourable opinions about ordinary people whose only power is to take the moral high-ground. To my utter surprise, at the end of the task I appreciated the Athenians, the power holders, and wanted to emulate their tactics and vision. The lesson I learnt is that power is good and it is a force to be embraced, not shunned. Relational power is the ultimate power to be sought and this can be achieved by conducting 121s, establishing self- interest, acquiring leadership role, and actively building core teams to serve the goal of the group or the campaign.

The other crucial concept is that of bringing about change to achieve social justice. The experience I had with the termination of my contract left me feeling isolated and helpless. However, when I started thinking that I would not want anyone to feel what I felt, I realised that the change I am seeking is not only to benefit myself but every contractor who may experience such treatment under the terms of such contracts, and this emboldened me with a sense of purpose.

I went to a course in leadership, however there is no real leader without followers; followers who share the vision, feel the same pain, are power hungry in the wider sense of the word.
So, I need to hear from people who have been in the same unfortunate position, people whose contracts have been terminated abruptly, people who want to see changes in the terms of self-employment and zero-hour contracts, people who want to follow me in my campaign against these contracts.