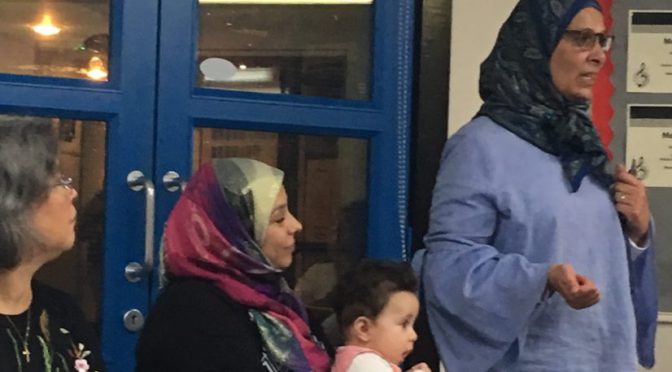 New appointments were made to the Leadership Group, which is now 19-strong.

In the Annual Hearing, Hala Afify of Truby’s Garden Tea Room spoke of her suffering from recent termination of her zero hours contract (read Hala’s testimony).  Then the mother of a recently arrived Syrian refugee family spoke of her experiences as a mother in relation to her children’s school.