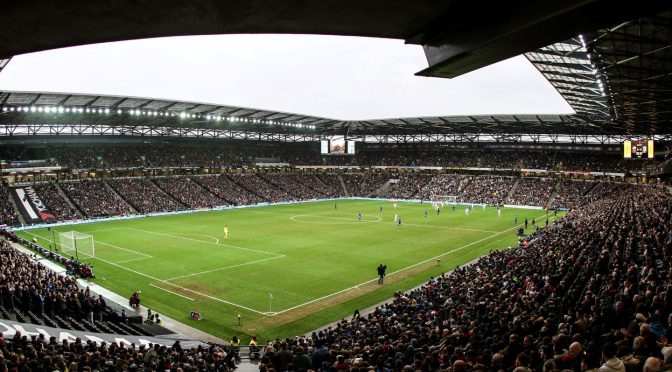 On the night of freezing 29th January, a small team of Citizens:mk leaders ventured to Stadium:mk, the home of MK Dons FC, for their game against Oldham Athletic.

The purpose of this research action was to find out from workers at Stadium:mk, including both security and catering staff, how they perceived their experiences of working there.

The action began at IKEA nearby, where workers there were asked about their experiences of working at IKEA. Three staff members were approached and all three said they were happy working for IKEA, highlighting the benefits of permanent contracts, flexible hours and progression opportunities. They felt cared for by the management team.

At Stadium:mk, seven workers were asked, and the responses were more mixed. Most felt loyal to the club, but raised a range of including free parking facilities and promotion opportunities, both of which seemed very limited. One security supervisor had been in role for seven years with no pay increase or progression.

One young security attendant was wearing just a fluorescent bib over her own clothes said the flourescent coats had run out. Others said that the 50p subsidy on hot drinks (sale price £2.20) was too low.

This first ‘Fair Work’ research action was deemed successful in terms testing the questions which can now be used in similar research actions with workers from other companies in MK.

Fortunately, because it was really cold, Dons won 2-1, though it was a bit of a scrape!