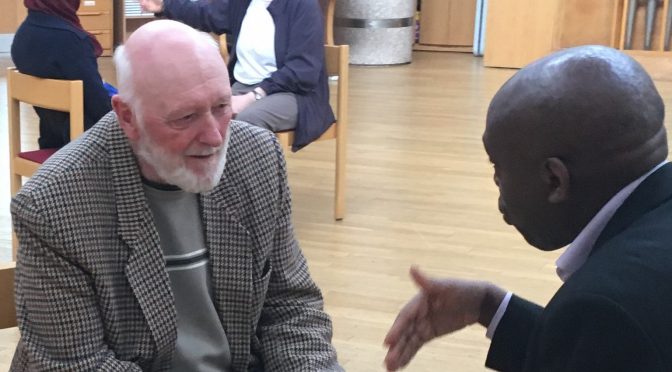 Citizens:mk hosted the first of a new series of ‘Weaving Trust’ events aimed at bringing Leave and Remain voters together.

The event involved a carousel of short one-to-one conversations between people who voted opposite in the EU Referendum of 2016.

“We wanted to listen to each other,” said Fidele Mutwarisibo, Leader of Citizens:mk’s Fight Against Hate campaign, “and build relationships at a time of division and conflict.”

“It is so easy to live in an echo chamber and to not challenge our views,” said Cllr Walker. “We all have a responsibility to challenge our positions on Brexit, otherwise there will never be a consensus or a way forward.”

“It was useful to be able to hear from Leave voters because there are so many different views,” said Hilarie Bowman of MK Green Alliance. “and the press and TV are rather stereotypical.”

“As a Leave voter, it has been so important for me to have a safe space to debate opinions, challenge existing stereotypes and understand how we have similar views as well as different ones,” said Jennifer Parsons of MK Muslim Association. “Deep questions here have left me thinking more about the issues, motivating me to compromise and work toward our future.”

“Leave/Remain is closer to Labour/Tory than I had thought,” said Malcolm Harper.