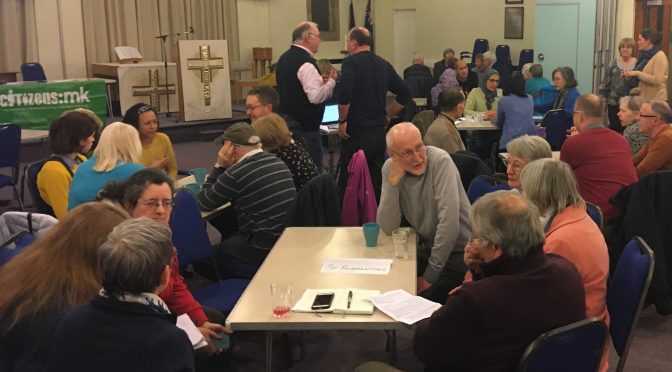 This year’s Delegates Assembly, including delegations from Oxford and Reading for the first time, voted on campaign goals for the Police & Crime Commissioners Assembly on 29th April (see PCC Campaign_2019-20 plan).

It was agreed to support the following four campaign goals and focus resources on the two which got the most votes (in brackets):

In group evaluation immediately after the assembly, delegates in MK scored the event 8 out of 10; in Oxford, 7.5 out of 10.

Turnout pledged for the PCC Assembly was 185 as below: