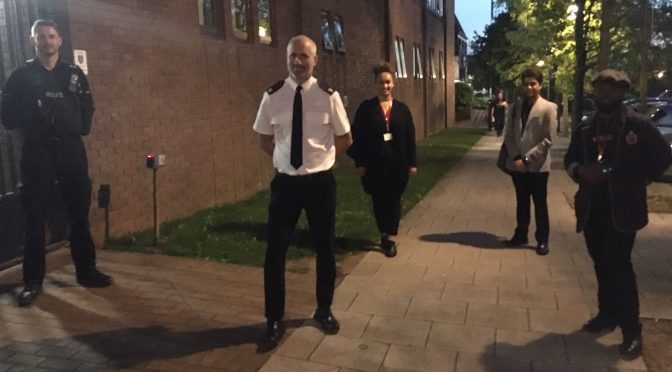 Originally planned as a larger Weaving Trust event involving leaders from Black, Asian and Minority Ethnic communities across Citizens:mk member institutions, substantially reduced by new Covid-19 restrictions, the event was intended to build relationships and identify BAME issues in relation to the Police as the start of a wider listening process.

Following the event, students Chloe Harding and Harvind Gill from MK Academy school will lead a listening campaign with other sixth form students, and Phil Shamamba of MK Congolese Community will lead a campaign within the wider African Diaspora.

“It was good to get the perspectives of high-ranking police officers,” said Chloe. “I think some of the tensions between young people and the police could be reduced if there were more BAME officers.”

Superintendent Tarbit said: “It’s good for us to hear voices we don’t normally hear. We look forward to talking further when the student survey is done.”