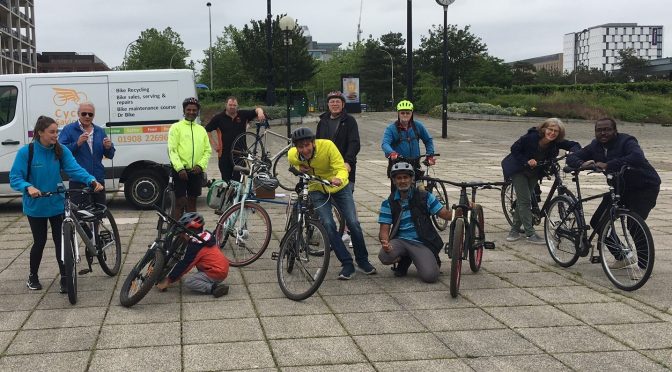 Meet others for a friendly and fun cycle ride from Station Square to Campbell Park Viewpoint and back. The on-road ride leaves Station Square at 5pm every Thursday (see photo gallery below). This is part of the Cycling CitizensMK project in partnership with MK Council and Love To Ride. Santander Cycles can be hired from Station Square.

Cllr Alex Walker, Leader of MK Conservative Group, joined CMK Cycle Round on 17.6.21 and said: “We all need to start taking this more seriously and I congratulate Citizens MK for this campaign to kickstart a renewed effort to boost cycling in the city.”