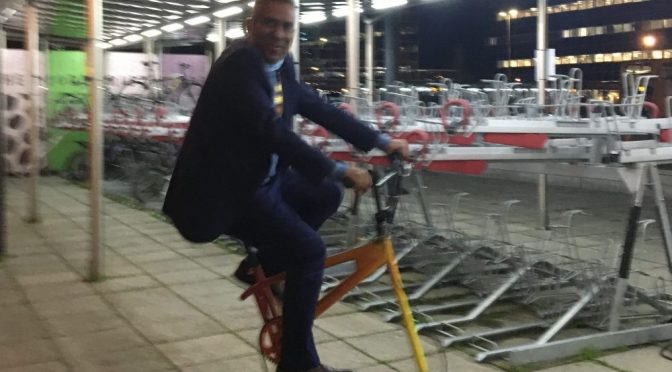 According to data from online platform Love To Ride, MK residents have bicycled more this winter than last winter. Results from two ‘Winter Wheelers‘ competitions promoted by Cycling CitizensMK, funded by MK Council with prizes from John Lewis and Trek Bikes, show a total of 1,500 rides covering nearly 14,000 miles between 1st-25th December.

Among the top 15 large companies participating, there were overall increases (compared with last year) in the number of riders (up 15% to 124), the number of cycle trips (up 43% to 817) and the number of miles cycled (up 10% to 9,761). The leading cycling companies were ICAEW, The Open University, Gemini Rail Services, Network Rail and Volkswagen Financial Services.

Among the top five schools, 65 riders made 791 cycle trips covering 4,083 miles, The leading schools were The Radcliffe, Ousedale and Watling Academy.

“We’re absolutely thrilled to be out in front on cycling,” said Paula Lawson, Headteacher of The Radcliffe School. “Students and staff have really enjoyed participating in the competition. We’re proud to be contributing environmental and health benefits simply by cycling.”

Similar competitions for businesses and for schools will commence in March.