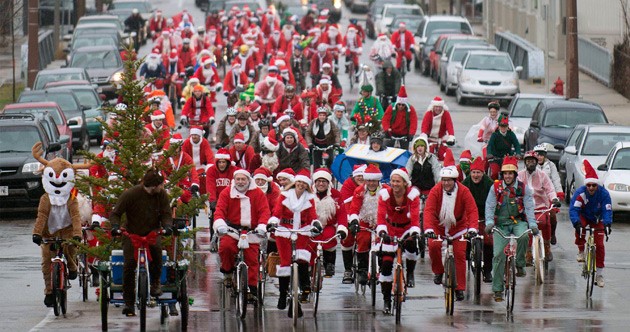 Following Cycle September, December 2021 was Winter Wheelers, and MK businesses, along with MK schools, competed to cycle the most rides and miles before Christmas Day. The Mayor hosted a prize giveaway in Station Square at 5pm on Thursday 16th December and launched a Cycling Santas record attempt.

The achievements were celebrated at the Mayor’s Bicycling Breakfast on 17th February.

The Awards, sponsored by Trek Bikes, John Lewis and MK Council, and based on the results below, are as follows: