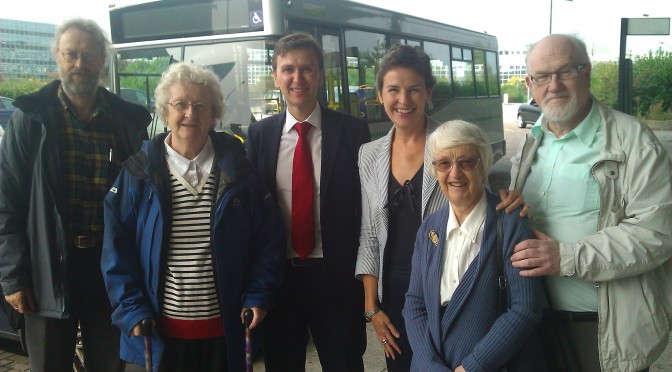 Our Fair Transport campaign was launched in 2014 to address the issue of inadequate public transport services, especially buses, given that one third of MK households do not own a car.

For two years we worked closely with MK Bus Users Group to campaign for a new Bus Charter outlining the rights and responsibilities of the bus companies and passengers.