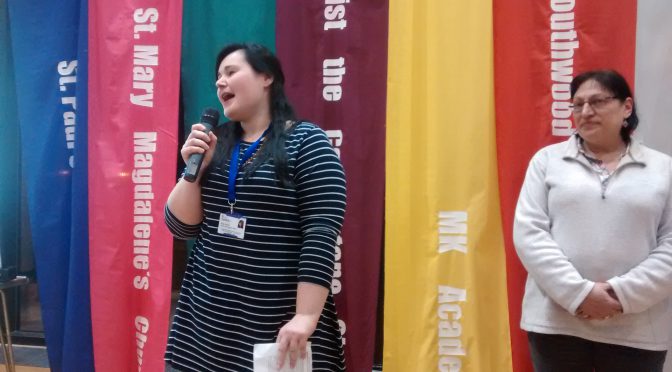 A Mental Health campaign was launched at Delegates Assembly on 7th February 2016 with the following goals:

At the Delegates Assembly in February 2018, the following goals were approved:

Pledges made by power-holders at Accountability Assembly 2018

The campaign team members are:

See film Me, You, Together film produced by Arts & Heritage Alliance in 2018.