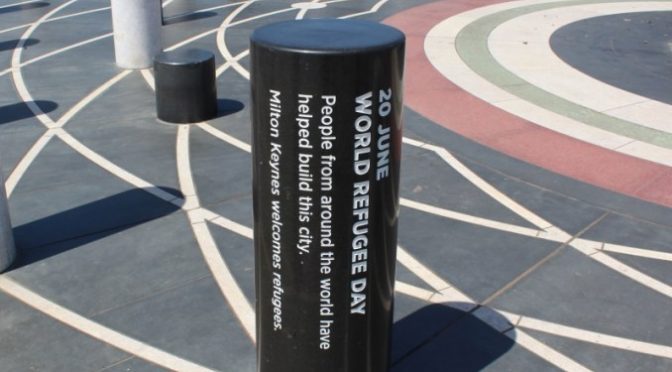 38 people from a wide range of Citizens:mk member and non-member institutions attended a special online assembly to celebrate the unveiling of a World Refugee Day pillar at MK Rose (pictured above). The pillar reads: People from around the world have helped build this city – Milton Keynes welcomes refugees. See video of unveiling.

The assembly heard testimonies from Syrian refugees and the leaders of the Refugees Welcome MK charity (RWMK) which formed five years ago, at the height of the Syrian refugee crisis, to support their settlement in MK.

Other powerful testimonies from refugees were read aloud (hear testimonies).

Cllr Peter Marland was thanked as the Leader of MK Council for its courageous decision to welcome people from Syria as part of the Vulnerable Person’s Resettlement Scheme (VPRS). (Earlier in the day he received thank you baklava prepared by one of the Syrian refugee families, pictured above). Also celebrated was the work of the British Red Cross, both the staff and the volunteers who worked tirelessly to resettle refugees and support those who vulnerable or disadvantaged. Cllr Marland pledged to facilitate 4-monthly meetings at Civic Offices of a new multi-agency forum to address issues that refugees face in accessing health services and digital poverty.

Marc Eisenstadt, Treasurer of RWMK,, explained action that had already been taken to address digital poverty: a Working Group on Digital Poverty in MK has been set up to address three key areas : laptop provision, internet broadband or mobile pay-as-you-go gadgets for connecting the laptops, and training to make best use of the technology.

In post-assembly evaluation with leaders who organised and attended the assembly, the event scored 9.5 out of 10.

RWMK plans to close down its operation as a facilitator of VPRS. Citizens:mk will continue to campaign on Refugee Welcome issues. 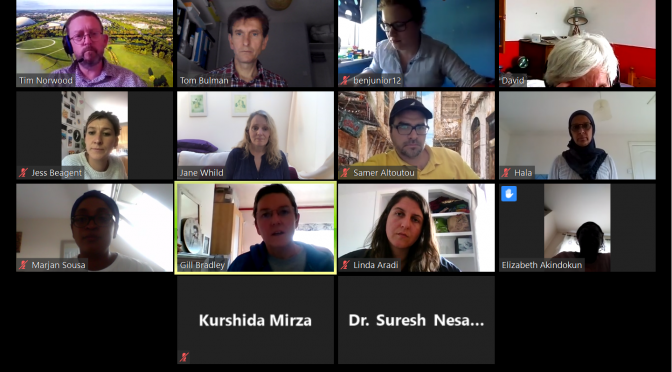 Six members of British Red Cross hosted six visitors from five Citizens:mk member institutions in the second online Weaving Trust event, using Zoom as a platform. This is the second of a series of events organised by Citizens:mk in a new strategic partnership with MK Community Foundation to support its Vital Signs research.

Weaving Trust is a carousel of short one-to-one conversations between people who wouldn’t otherwise meet. The focus question for this event was: “What are the current issues facing refugees and asylum-seekers in relation to poverty and disadvantage?”

Written comments from participants at the end of the session were as follows:

In post-session evaluation, participants scored the event 8 out of 10. 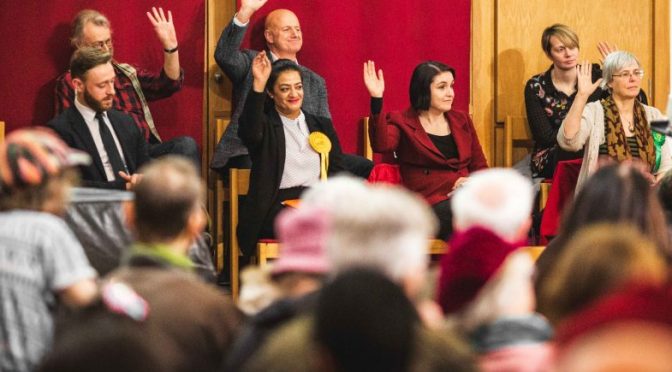 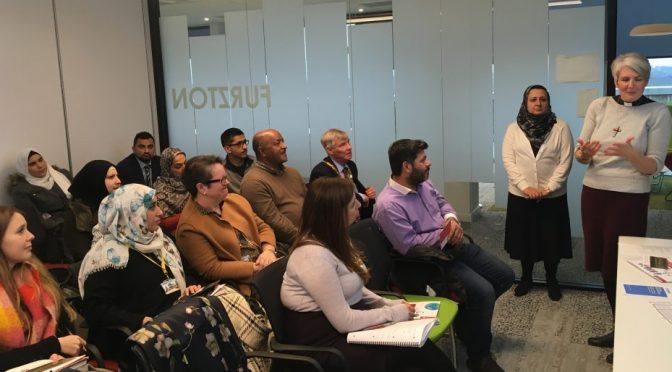 After a delicious lunch prepared by the ladies of Syrian Kitchen, guests were welcomed by Ayser Al Jawad of Middle Eastern Cultural Group and Mayor Sam Crooks.

Syrian refugee Bassem Al Haj and his daughter Tasnim gave powerful testimonies of their experiences settling, as a parent and a teenager respectively, since arriving in Milton Keynes four years ago after four years in a refugee camp in Lebanon.

Following presentation of a new ‘Ideas For Action’ resource pack by Jess Maddocks of Citizens UK and Steve Sondhi of NASUWT Birmingham (Refugees Welcome Partner), senior leaders Gill Molloy of Denbigh School and Debbie Gockelen of Milton Keynes Academy pledged their schools’ commitment to attaining Refugee Welcome Schools accreditation. This will take the total number of accredited schools in Milton Keynes to 10, including The Radcliffe School, most recently accredited. 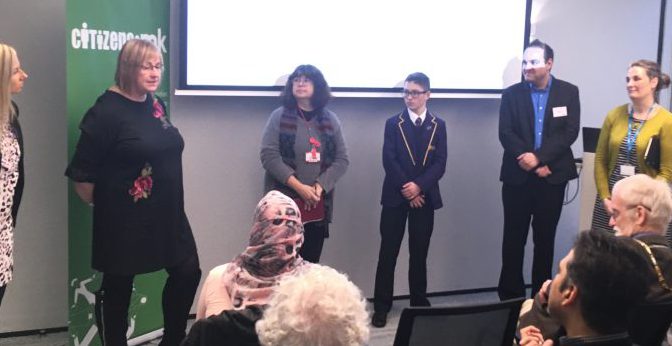 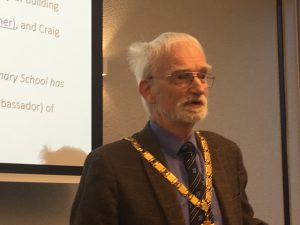 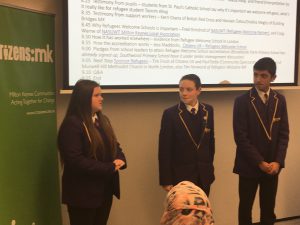 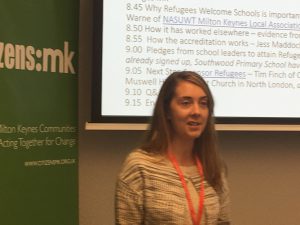 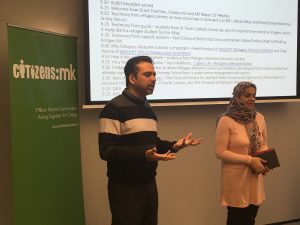 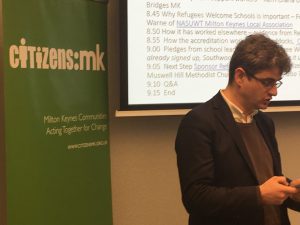 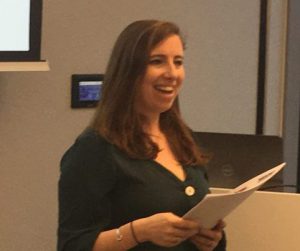 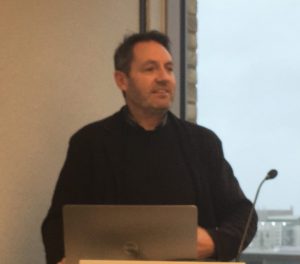 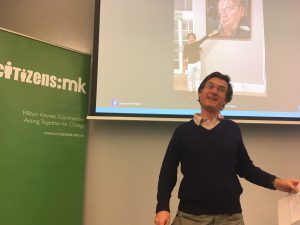 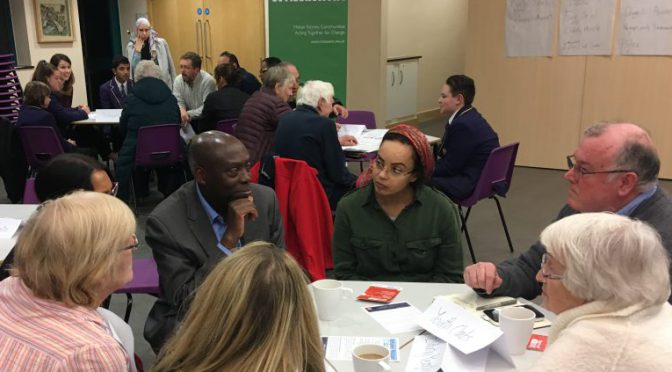 Citizens:mk’s annual Leaders Forum, this year hosted by St. Paul’s Catholic School, attracted 40 people including leaders from 16 member institutions and some external guests.  Each member institution presented one or two priority social problems arising from their listening campaigns, powerful testimonies were heard and the following research teams (with named leaders and institutions) pledged to work over the winter months with the goal of reporting to Delegates Assembly on 5th February:

The goal of each team is to create SMART campaign goals to propose to the Delegates Assembly on 5th February 2019, where three campaigns will be selected for action with power holders at the Accountability Assembly on 25th April 2019.

An alliance-wide training workshop has been arranged for Saturday 1st December 2018, 9.30am-1.30pm at St. Frideswide’s Church, where leaders from all teams/institutions will receive Action Research training from Tom and Jonathan Cox of Citizens UK.

In post-event evaluation, this internal action was scored 8/10.

Below are pictures from Leaders Forum 2018. 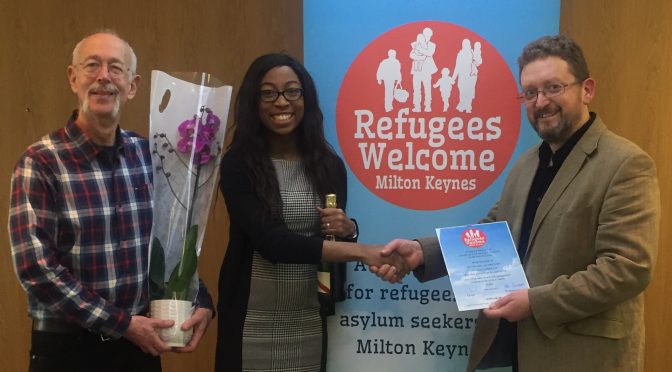 Kim Opszala of Dentons LLP UKMEA was formally thanked by members of the Refugees Welcome MK team, Marc Eisenstadt (pictured left) and Tim Norwood (right), for her and her colleagues’ pro bono work in producing legal documents for their constitution as a charitable incorporated organisation.

This marks the legal establishment of what began as a campaign within Citizens:mk, the alliance of diverse community groups that works for a thriving, inclusive and fairer Milton Keynes.

“I look forward to continuing to work with Refugees Welcome in the next phase of the charity’s development,” said Kim. 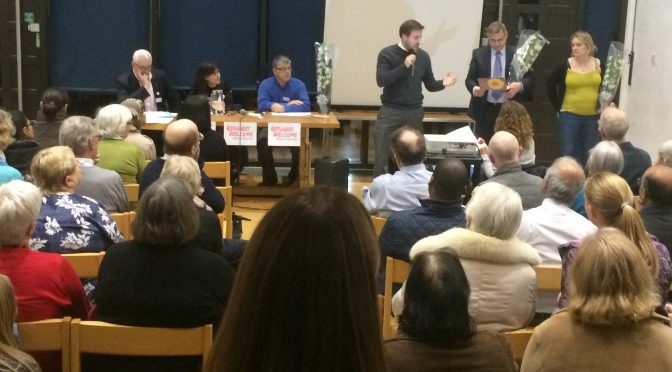