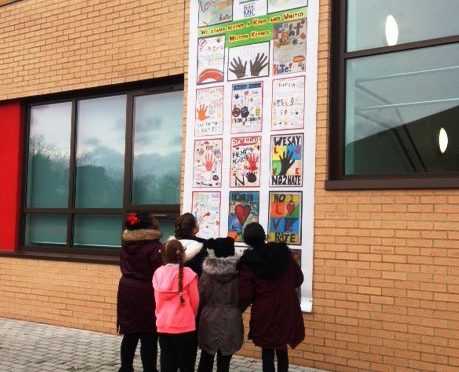 Following the launch of the Fight Against Hate campaign poster display on the front of Church of Christ the Cornerstone last month (see news story), the banners have been moved to Jubilee Wood Primary School.

The photo above shows pupils chatting about the display a few hours after its arrival.  It is expected that more than 600 people – school pupils, parents, staff, governors and visitors – will pass the display in the next few days.

The posters will be displayed here for a while, before moving to other participating primary schools across the city. 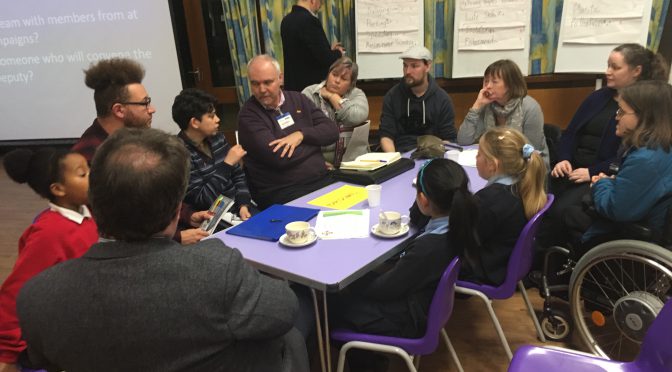 This year’s Leaders Forum was hosted by Jubilee Wood Primary School and attended by 55 leaders from 15 member institutions.

Each team has members from three member institutions, a leader and co-leader, at least one of whom will attend the Twilight Training session on research methods on Monday 20th November, 5.30-7.30pm at Acorn House.

Their task over the winter months is to craft SMART campaign goals to be presented for the consent of Delegates Assembly on 5th February 2018.

Other issues raised at Leaders Forum were: