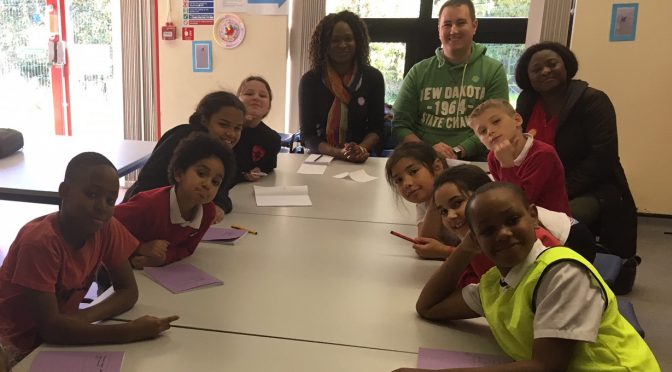 Three volunteers from Network Rail visited Summerfield Primary School to hear from pupil councillors what issues had been raised in the school’s recent listening campaign.  Then they returned to Network Rail to undertake some one-to-one meetings with colleagues and find out what community issues they were concerned about.

The three Network Rail staff were Taiwo Adesanya, Gullemo Porras and Tolu Adewole.  They discovered that their colleagues had very similar concers to the children:  redway safety and homelessness.   The children pledged to include this in their report to Leaders Forum on 14th November.

After meeting with the School Council, the three Network Rail staff volunteered to help 40 Year 5 pupils with a litter pick on the redways surrounding the school.  Pictured below is Tolu (far left) with some of the pupils. 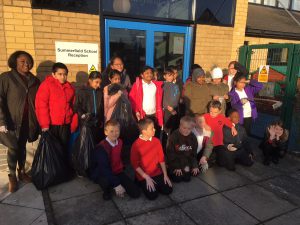 “The redways are much freer of litter than before we began this campaign,” said head teacher Pam Weston. 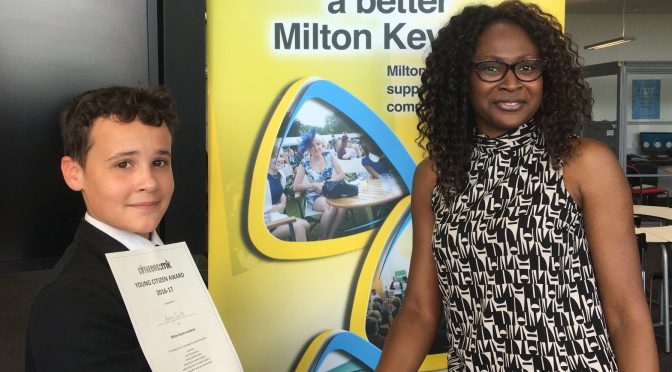 Student Harry Smith (pictured with Taiwo) was commended for his co-leadership of the Redways Relaunch campaign during 2016-17.

Taiwo pledged commitment to organising a team of Network Rail staff to volunteer a day of clearing and cleaning the Redways around the school in October 2017.